Oh dear.  Read this, today, and knew I needed to “share” if for no other reason than to keep it in front of my own thinking and awareness.  I’d say “enjoy!” except .. Well, it’s more likely to prick and bleed.  🙂 😦 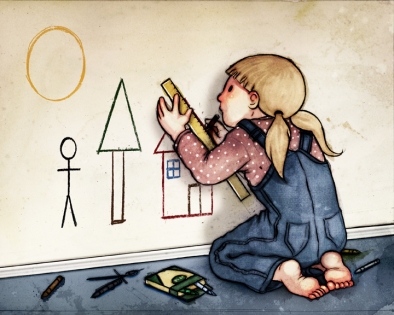 Too Perfect: When Being in Control Gets Out of Control

Over the past couple of years, I’ve been surprised at how many times “control” issues have emerged as a major issue in counseling Christians with anxiety and/or depression. (It’s been a major factor in marital counseling too.) As I couldn’t find any Christian books which dealt specifically with this subject, I bought Too Perfect: When Being in Control Gets Out of Control, put on my Calvin spectacles and started reading.

The book emerged out of the challenges and frustrations the author, psychiatrist Allan Mallinger, faced in trying to counsel obsessive people. Like other mental-health professionals, he found “obsessive people often are controlling or cerebral or distrustful or secretive or emotionally constricted or resistant to change or all of the above.”

Yes, they often have many virtues such as being hard-working, reliable, self-controlled, honest, etc. But their striving for excellence in themselves and others makes them too perfect for their own good. As Pascal said: “When we would pursue virtues to their extremes on either side, vices present themselves.… We find fault with perfection itself.” Their perfectionism means that are never at ease with themselves or with anyone else.

By this point, you might be thinking, “Am I looking in the mirror?” Well, here are examples of the kind of person Malinger has in mind:

One of the primary ways in which the need to be in control (of oneself, others, life’s risks) manifests itself is perfectionism. When control and perfectionism combine, a whole family of personality traits is produced, including:

Mallinger points out that many of these traits are valuable and necessary for success. Problems arise when they become dominant and inflexible — that’s where checklists like this come in helpful.

They’re also useful because one of the greatest difficulties in counseling people with such self-generated anguish is that most obsessives are unaware that they’re harming themselves and others. Few, if any, come and say, “Hello, I’m an obsessive perfectionist with control issues!” Most come for another issue or, most commonly, because a loved one, a colleague, a boss, or a friend has encouraged them to seek help.

Having noted the symptoms, Mallinger says the next step is to trace the underlying cause or causes. I’ll return to that tomorrow, and I’d encourage all parents to tune in.

[Reblogged from headhearthand.org, by David Murray]

Leah holds a Bachelor's degree in Philosophy, and considers herself a forever-student at heart, especially of the Word of God. The last few years have included a 160+ lbs weightloss, and a complete re-working of her "inner man" as she has had to journey from merely what she "knew" to putting that into "ACTION" .. a transformation that so rocked her core, she believes God's calling in her life includes a sense of "urgency," as the body of Christ is fully - knowingly or unknowingly - entrenched in These Last Days, just as Jesus prophesied. She has worked in various forms of professional Customer Service for nearly 20 years, from Mortgages and Banking to Automotive Plastics, and values most the opportunity to mediate and problem-solve. Leah has served over the years in varying roles, from Women's Bible Study Leader to Choir Director to Worship Leading to teaching Sunday School to working faithfully in the Nursery. She loves being a Wife and Aunt and Sister and Daughter and Friend, and loves to read just about anything she can put her hands on. She is always re-learning putting feet and muscle to these things, but she has learned there is incalculable value in "working the plan," and "being faithful with LITTLE so as to be entrusted with MUCH." And she is trusting her beloved God and Savior for the "much" yet to come. You can find more of her musings on her blogs at http://grace2grow.com and http://grace2grow.blogspot.com/, or follow her on Twitter at https://twitter.com/grace2grow
View all posts by Grace2Grow »

Posted on August 15, 2016, in Uncategorized. Bookmark the permalink. Leave a comment.